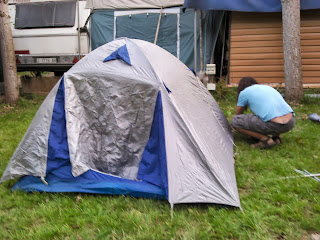 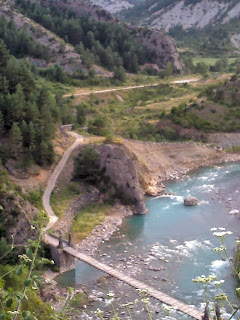 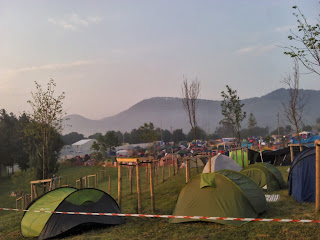 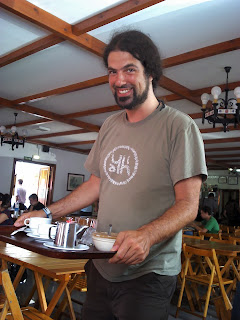 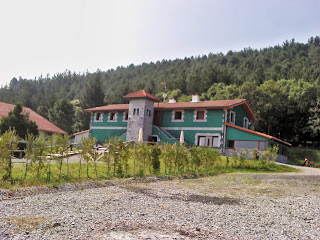 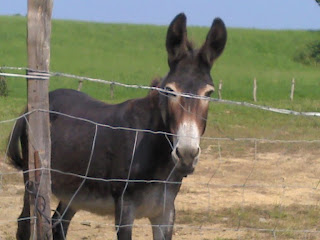 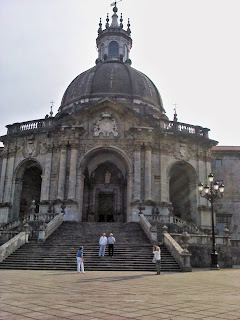 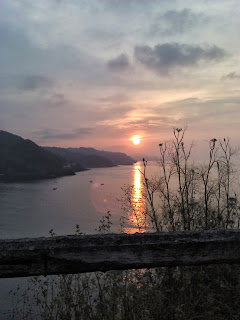 We've spent the last 9 days on a driving holiday around Aragon and part of the Basque area of Spain.
We camped for the first 7 days and are currently recovering in a rural house called Pikua just outside the town of Mutriku.
We were very lucky with the weather. It only rained twice. Once when we were in the tent, and very lightly, and once at the BBK festival. We recovered quite quickly.
We went to the BBK festival held in Bilbao. Saw Depeche Mode, Biffy Clyro, The Editors, Kings of Leon, Fat Boy Slim and many other bands.
We leave tomorrow morning for Madrid, to pick up our new family members from our sisters. And we begin a new phase in our life.
The first photo is of Albert pitching our tent in a place called Fiscal at the base of the Pyrenese. We used Fiscal as a base to explore the area.
The second photo is of a village being reconstructed after being forcibly evacuated in Franco times to build a dam (that was never finished)
The third photo is of the camping area for the music festival. We seen learnt we'd chosen a rather unfortunate spot.  It was close to a bright light, the toilets, the bar, the main cross roads of the camp and a picnic table that acted as a meeting place for loud drunken British any time after 3am. Luckily we were so tired at the end of the night we could sleep through most of it.
The fourth photo emphasises the delight in small comforts. My Prince Albert bringing me the essentiial and restoritive cup of tea and a lovely big dish of rice pudding. We'd found a bar at the top of the hill hosting the bands and could recharge our phones (hence avoiding the 3 euro surcharge from a little Catalan Truck parked outside of the camping offering to charge mobile phones), eat delicious and large country portions of rice pudding and feel completely civilized for the moment. Happy moments.
The fifth photo is of our rural house called Pikua. A lovely haven of hot showers, hearty breakfasts, bunnies, chickens and ponies, a view of the Atlantic, a remote control, and neighbours that i have taken a photo of in the 6th photo.
The 7th photo shows the Basilica dedicated to Saint Ignacio of Layola. We visited the area yesterday and were lucky enough to hear a choir singing. A beautiful place.
The final photo is of the sunset over the Atlantic last night. We drove along the coast on the way home and watched the slow descent of a red sun into the waters.  Gorgeous area.