Blue Eyes Are Beautiful in Spain 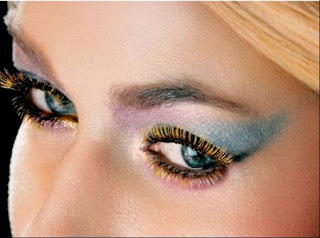 If its a cleaning advertisement, house cleaning, laundry or some terrible stomach problem – then the ‘actresses’ used have dark hair and brown eyes.

However, if it’s a beauty product, for hair, for skin, for shaving (showing lots of skin) – then the girl (usually VERY young) has dark hair and blue eyes.

I’ve spoken to a few people about it. They say that after Franco, the media turned its gaze upon the daring Scandinavians, in particular the free and frivolous Swedes. The beauty ideal was blonde and blue eyed and preferably naked.

Email ThisBlogThis!Share to TwitterShare to FacebookShare to Pinterest
Labels: smile 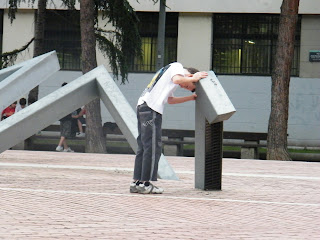 I’ve seen somebody ungraciously spit the drink out of their mouth upon hearing the words ‘beautiful Granollers.’ People react with raised eye brows and disbelief. Granollers? Beautiful?

Friends of mine came to visit last week. They created a photo album called ‘Beautiful Granollers’, and there are photos of the local bakeries, cafes, the porchada, the lovely little house on the corner with the parrot in the window, a shop where you can buy ‘love’ and pictures of me.

The fact is, we don’t have many tourists coming to Granollers. Nobody sees the point of selling the city when places like Vik are so close by. However, my friends came to visit me, and they loved it.

They loved the weather. My friends came from 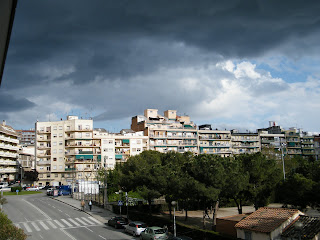 They loved the shopping. My friends are dedicated shoppers and they adored having all of the big names in a few blocks of each other.They loved that they could smoke in bars and restaurants. Of course, just about any other place in the world, you have to leave the premises to smoke, so for them, it was a lovely luxury to sit and enjoy their nicotine rush.

Did I mention that they told everyone they met of what a great time they had here? The inexpensive alcohol, the reasonably priced and delicious food, the bakeries serving such an array of pastries, the cobbled streets and flowers spilling over balconies.

Beauty, I have heard, is in the eyes of the beer holder. 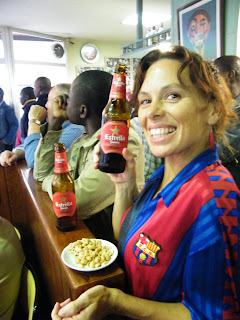 On the Revista del Valles website, I viewed a poll where you can mark Granollers as failed, average, good or excellent. I was surprised with the results. Perhaps, to increase the beauty of Granollers, I raise my glass this time and say ‘cheers!’

Posted by Tiffany at Patheya at 6:18 PM 2 comments:

What I Really Like About Granollers And Living In Catalonia – thus far.

Part I
The photos I have loaded are in no particular order of preference. 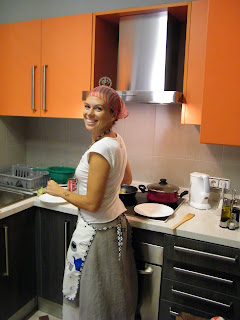 I am so happy to have a kitchen! And Orange. Before we were travelling, I lived in a small house in Hamar, and Vidar, you know how small that space is.

A kitchen is creative. It’s a place of alchemy and fusion. Its east meets west and the cooking pot of my kitchen holds pride of place. Thank you. 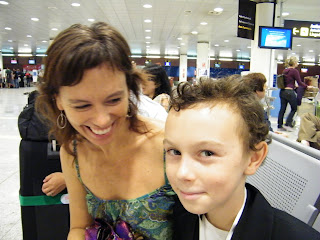 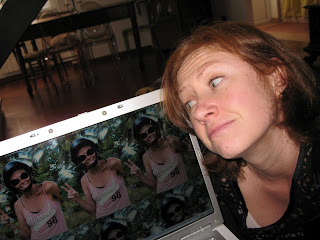 One of the Great Things about moving to Granollers is that I have my friend's close, and instead of staring at really really ugly pictures of me, they can come and visit.
Like Rupini and Sevika - here. Look how happy we are. Well, he's happy at least. They are happy cause they are just about to eat cakes and pastries, and I'm happy cause they are happy. And I'm also about to eat cakes and yummy things. 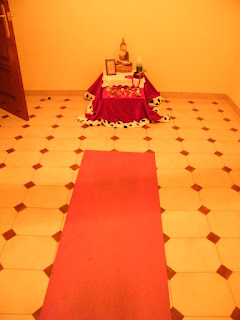 My yoga room - that is actually 'a room of my own'. Here - well, its private. And my space. And thank you very much. 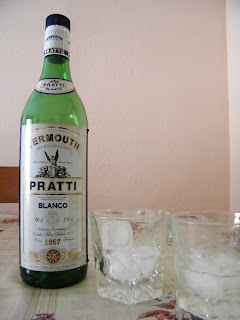 The first time I drank vermouth was about two and a half years ago, on my first visit to Granollers. We were sitting at Albert’s parent’s house (the one with the swimming pool) – and it was warm, I was in love, the olives came out, with some chippy chips and this light refreshing and clear little aperitif. Lovely. Has to have ice. 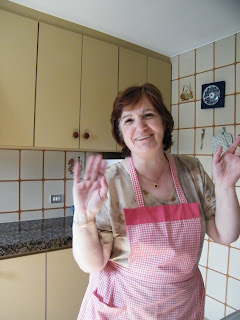 Montse - what a nice lady you are. You are so kind to me, even though we don't speak the same language. Kindness reaches over many borders. If I go to your house, I leave with my arms full of little gifts. Its like you can not give enough. Thank you. Though I am continuing to gain weight. 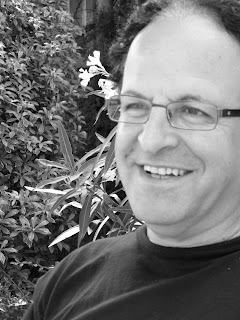 Joan - an inspirational student!! If I studied half as much as him, I'd be double so smart. Does that make sense?
Without you, and Montse, there is no me here in Granollers - so again, from the truth of the most basic needs, thank you. 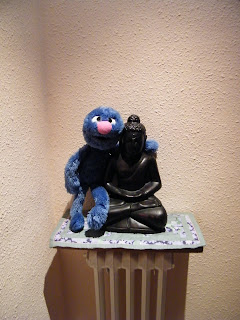 This is kind of like a photo of Albert and me and sums up our household. And we're very happy, so thank you very much for that. 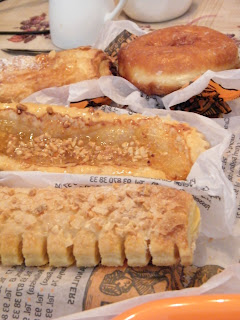 You know I love you - don't make me say it over and over. 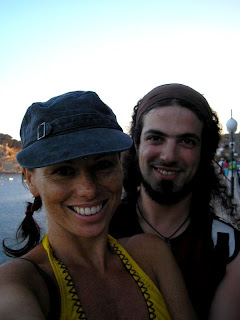 And Albert. Thanks.
Posted by Tiffany at Patheya at 2:58 PM 5 comments: 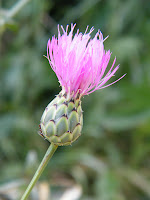 The Value of Money

When we get something for free, we don’t value it. When its easy, simple and free, its even harder to appreciate. Perhaps giving a dollar or two, for the posts you particularly like, will help you give value to someone’s spiritual sweat. It might not be a bad idea.

Where Does Your Gift Money Go?

Your financial donation goes towards helping me increase my time for study, practise and writing. Everything I learn, I share with everyone who is interested. Spiritual aspirants in our society are not supported in their life as they are in other cultures. I earn money by taking yoga/qigong/meditation classes on a donation basis. Everything I do relies upon your good will, and a supportive partner.

We live simple, practical lives. We give what time we can to other people in need. We don’t have money to spare, but we do have time and our expertise. My partner often ‘gives’ his time to support low-income operations by creating websites and increasing communication between like minds.

How Does What I Do Help?

What I write about is love, motivation and inspiration. I receive e mails weekly about how sharing my stories and growth with as much honesty as I can muster, has helped others on their spiritual path. Money can’t buy these things. Its something you can stumble upon while you’re staring at the gravel or while surfing on the net. It can be a pretty flower rising up against all odds, or a weird and wacky post that seems to be just what you were looking for.

Getting Involved In The Community

I write for the local newspaper here in Granollers. At the moment, I do it for free, because they can’t afford new writers in these times of financial strain. I love to share, anyway.

I’m currently offering private students an opportunity to learn yoga at a donation price of their own choice. This can even mean making me dinner, or bringing me a pot plant. The gift of yoga/meditation/qigong has no price tag.

I’m in the process of helping create a yoga community for Granollers. I’m trying to help bring the different yoga groups together under one banner so we can share the wealth of information we have with a wider audience.

I have a lot of ideas, and your donation (created by 9-5 jobs!) help me express the vision of unity I see for us.

Please donate, even if it’s just a token of appreciation. Your kindness is greatly appreciated.

Posted by Tiffany at Patheya at 8:41 PM 2 comments:

Email ThisBlogThis!Share to TwitterShare to FacebookShare to Pinterest
Labels: greetings 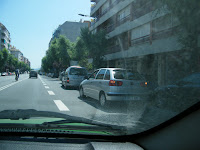 The sound that greets me in the morning is the beeping of horns. ‘Toot’. ‘Tooot, tooot.’

I asked my Catalan friend why people are always tooting each other. He said there are a variety of reasons, but the main reason is frustration. Sometimes when you’re driving, you have to wait for another car, and the waiting creates frustration and the frustration creates the urge to toot.

I’m surprised that people allow their frustration such freedom. I’ve never seen a person actually beeping their horn and I do wonder if it’s a gender specific activity. That is, I secretly wonder if its only males who express them selves so loudly, or do the females also blow their own horns?

I have never beeped my horn in my car. I am from and we do not beep our horn for just any old reason. It is quite a rude and aggressive sound, and to be tooted at can make people feel like they have done something wrong.

However, here, in Granollers, people toot and beep their horn like it was a musical instrument.

In the guide I have sitting on my desk, it says ‘remember, nobody toots their horn like a festive Catalonian’, and it’s true. The horn blowing was at its height on the evenings Barca won victory over , and Manchester United. Then I heard the longest tooting of a horn, and in car language, it was saying ‘Goooooaaaaaalllll!’

Again, as the traffic starts to get thicker in the afternoons at about four o’clock, the horns start to blow. It’s a phenomenon that starts off, often with a little ‘toot’. Then, someone else responds with another toot of an extended length. Finally there is a full chorus of tooting going on. It seems perfectly natural.

Since I believe in the maxim of ‘when in , do as the Romans do’, today I am going to beep my car’s horn for the first time.

Its my way of saying, in the car dialect of Granollers, ‘Hola!’

This article was originally posted in Revista del Valles, and you can see a Spanish translation on their website also.

Posted by Tiffany at Patheya at 6:03 PM 2 comments: